Three of our Lady Grizzlies from the graduating class of 2017 will be taking their athletic talents to the realm of collegiate athletics in 2017. 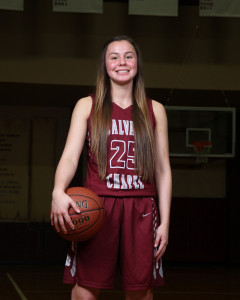 Sarah Welch, played varsity basketball here at Calvary Chapel for four years, in addition to one year of Volleyball and one year of Track and Field. Sarah was a Scholar Athlete as a Sophomore, Junior and Senior and was name the team Impact Player as a Senior. She also received the Coach Award for Track and Field as a freshman, the only year in which she participated. Sarah was also named to the Southern California Interscholastic Basketball Coaches Association (SCIBCA) 2nd Team for the 2016-2017 school year and earned 1st Team All League honors. Next year, Sarah will be taking her talents to Vanguard University to add to the storied program there. 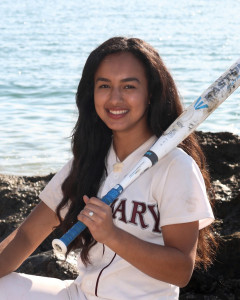 Bella Veloz will be joining the softball program at California Polytechnic State University, San Luis Obispo and becomes the next in line of our Grizzly softball players to earn NCAA Division 1 offers. Bella signed her National Letter of Intent this past November. As a junior, Bella earned the Coach Award for our team and 2nd Team All League honors. This year, as a senior, Bella was named 1st Team All League and helped lead our Grizzlies softball team to a back to back Academy League Championship. 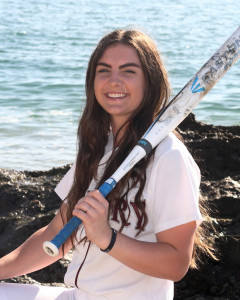 Grace Gerl participated in Cheer and Softball for all 4 years at CCCS. She was a standout Cheerleader, and had the choice to compete in either cheer or softball at different schools. The opportunity to play softball close to home is what she went for, as she will be playing for Long Beach City College next year. Grace earned 1st Team All League honors as a senior and was this year’s recipient of the team Coach Award. Grace was named to the Academy League second team as a junior, and was a major contributor to the softball team’s back to back league championship.

We are extremely proud of all three of these ladies and look forward to what the Lord has in store for them as they compete and glorify Jesus Christ at the next level.