Each year, one male and one female athlete are chosen from our high school to receive the Grizzly Athlete of the Year Award. This award seeks to recognize the top two student athletes in our school based on their athletic achievements during the school year. The Grizzly Athlete of the Year must also maintain a solid GPA, exhibit Christ-like character on and off the court or field and represent what is said in Colossians 3:23 “And whatever you do, do it heartily as to the Lord and not to men.” Here at CCCS we don’t play for wins, awards or championships, but rather for our Lord and Savior Jesus Christ, while we trust that those accolades will be a product of our main goal.. to compete at our highest level for HIM!

This year, our female Grizzly Athlete of the Year is Alma Campos. Alma is a three sport varsity letterman, yet chose to focus on her two main sports, Basketball & Softball as a senior. As a sophomore, Campos earned 2nd Team All Academy League honors in Basketball and was the Softball Scholar Athlete.

During her junior year Campos again earned 2nd Team All Academy League honors in Basketball, as well as the team Coach Award. She also earned 2nd team All league honors in Softball and the team’s Mighty In Spirit trophy.

This year, as a senior, she made her 3rd appearance on the Basketball All-League Team and was voted the team’s Impact Player. She closed out her final Softball season by helping lead the team to their 3rd consecutive Academy League Championship, while earning 1st Team All Academy League recognition and the team’s Coach Award. Campos achieved all of this while ending the year with a 4.17 GPA. We are proud to announce the 2018 Female Grizzly Athlete of the Year Award to Alma Campos. 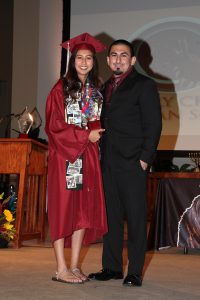 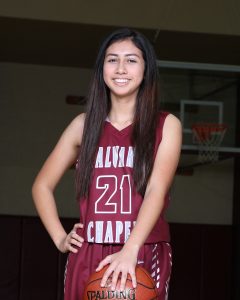 Our male award recipient is also a three sport Varsity Letterman, as he competed in Cross Country, Soccer and Track & Field.

As a sophomore, he was the team’s scholar athlete and received the Coach Award in Soccer and doubled up on both of those awards in Track & Field.

This year, as a senior, he was awarded 2nd team All-League honors in Cross Country and received both the team’s Mighty In Spirit award and the Impact Player award. In Soccer, he earned the team’s Coach Award. Finally, in his final Track & Field season, he qualified for CIFSS Division 4 Prelims as a part of the 4x100m relay team and individually in the 400m race. Trejo also received the team’s Mighty In Spirit Award. This young man also broke the school record that has stood since 2000, in the 400m race and was the anchor leg of the boys Sprint Medley Relay team that broke the school record, as well. He finished his High School career with a cumulative 3.75 GPA. We are proud to recognize Paul Trejo as the 2018 Grizzly Athlete of the Year. 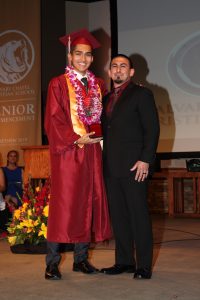 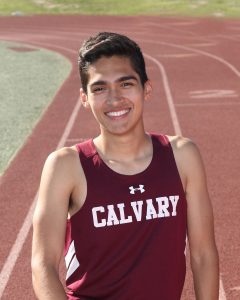