Each year, one male and one female athlete are chosen from our high school to receive the Grizzly Athlete of the Year Award. This award seeks to recognize the top two student athletes in our school based on their athletic achievements during the school year. The Grizzly Athlete of the Year must also maintain a solid GPA, exhibit Christ-like character on and off the court and represent what is said in Colossians 3:23 “And whatever you do, do it heartily as to the Lord and not to men.” Here at CCCS we don’t play for wins, awards or championships, but rather for our Lord and Savior Jesus Christ.

This year, our female Grizzly Athlete of the Year is single sport athlete, earning a majority of her accomplishments in Softball. However, she did also earn her varsity letter in Volleyball as a Sophomore.

As a Freshman, she was the Academy League Most Valuable Player, was named to the Press Telegram Dream Team, and earned All CIF honors, in addition to helping lead the team to an undefeated league championship, as well as a playoff run that ended in the semi-finals. She was also awarded the team’s Impact Player Award.

In 2017, as a sophomore, she doubled up on every single one of those awards that she earned as a freshman.

The following year, as a junior she earned her third Academy League Most Valuable Player Award, her third All CIF Team recognition and was again the team’s Impact Player, while leading the team to yet another League Championship season.

This year, as a senior, we were in a new league, as part of the Western Athletic Conference. This made no difference to her, as she finished as the San Joaquin League MVP, making her a four-time league MVP; an amazing accomplishment.  The Press Telegram Dream Team and All CIF teams have not been released for 2019, but those would be mere minor additions to a large list of accolades that this young lady has earned. Next year, she will be taking her talents to the softball field at Biola University. I am proud to recognize, our first ever female 2 time recipient, the 2019 Grizzly Athlete of the Year… Raylene Roybal! 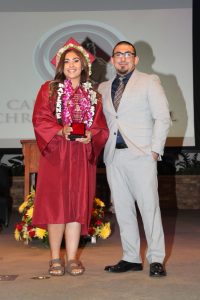 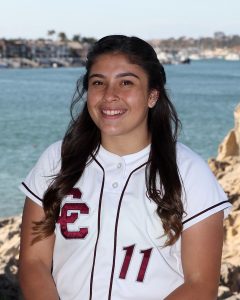 Our male award recipient is a three sport Varsity Letterman, as he competed in Football, Soccer and Baseball, with a brief stint competing with the Track & Field team during his junior year.

As a freshman, he earned the Baseball team’s Coach Award.

As a sophomore, he earned All CIF Honors in Football and was the team’s Defensive Player of the year.

During his Junior year, he received All CIF Honorable mention honors and again received the team’s Defensive Player Award. He was also named 2nd team all league and received the Impact Player award in Soccer.

This year, as a senior, he was named 1st Team All League and received another Honorable Mention for All CIF in Football. He was awarded 1st Team All League Honors in Soccer and was the team’s Impact Player award recipient, as well. The 2019 Male Grizzly Athlete of the Year…Carlos Fuentes! 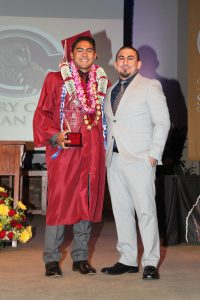 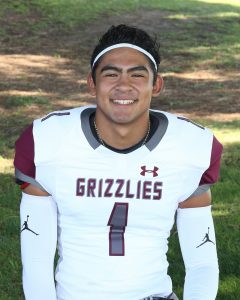