Each year, one male and one female athlete are chosen from our high school to receive the Grizzly Athlete of the Year Award. This award seeks to recognize the top two student athletes in our school based on their athletic achievements during the school year. The Grizzly Athlete of the Year must also maintain a solid GPA, exhibit Christ-like character on and off the court and represent what is said in Colossians 3:23 “And whatever you do, do it heartily unto to the Lord and not to men.” Here at CCCS we don’t play for wins, awards or championships, but rather for our Lord and Savior Jesus Christ. 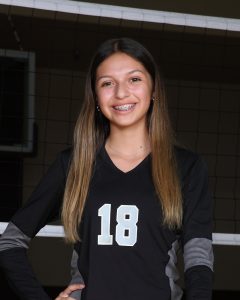 This year, our female Grizzly Athlete of the Year is single sport athlete, having competed in volleyball all four years of high school. As a senior, she earned the team Impact Player award, which is given to the athlete the displays the best intensity and effort in their performance. This athlete must be the best at what is described in Colossians 3:17-24, giving all that they have unselfishly to the Lord. This young lady earned All League honors as a part of the Express league, while leading the team to a playoff berth, our first in seven seasons. She did all this while maintaining a cumulative 4.19 GPA. Congratulations to our 2020 Female Grizzly Athlete of the Year, Lauren Alva! 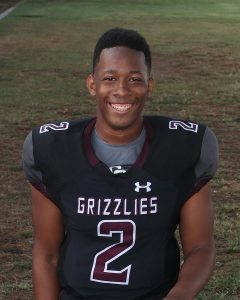 Our male award recipient is a two sport Varsity Letterman, as he competed in Football & Basketball. As a senior, he was a football team captain, and like our female recipient, was also named the team’s Impact Player, representing a true Grizzly student-athlete, giving their best effort, unselfishly to the Lord. As the quarterback, he truly led our team to back to back playoff appearances, while earning 1st Team All Express League honors and being named to the 8 Man Football Division 1 All CIF Team. This young man followed this up with a great basketball season, at the end of which he earned All League Honors as a part of the Academy League. Congratulations to our 2020 Male Grizzly Athlete of the Year, Emanuel Gammage!